Book Blitz for Darkness Within by Cyprus Hart.......

Readers will find themselves drawn to this exhilarating tale of a woman determined to destroy the vampire ruining her city and the vampire's right hand man whose instant attraction to her causes unexpected problems.  Keep reading to get a tempting taste of Darkness Within by Cyprus Hart, the first installment in the Light Divided series, then add this dark fantasy romance to your bookshelf! 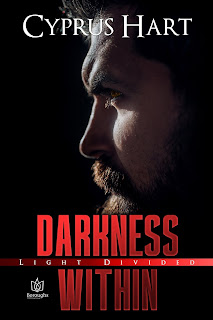 SECOND SKIN
Aideen Duffy's job is hunting down the dark creatures who are trying to overthrow human society and bring the world back to how it used to be when vampires, werewolves, and their ilk were in charge.
The culmination of two years' work, she’s closing in on Costecu, the vampire responsible for the most deadly cell in her city. When the op goes sideways, instead of capturing the elusive bastard, she ends up with second prize: his right-hand man, Druain Lindberg.
What happens next, she couldn’t have planned for in a thousand years.
Deep undercover, Drew is swimming in the blood of Costecu's treachery, but he'd do anything and everything to destroy the heinous vampire who'd ruined his life.
With the stink of evil ground into his pores, he's ordered to kidnap Aideen and bring her to Costecu, but this time following orders is not going to happen. The spirited selkie can't be cowed, and something in her calls to him.
When Drew risks long-held plans to save Aideen, everyone - good and evil - are after them. Keeping them hidden long enough to escape is not as big a problem as her letting him do what his heart compels him is essential - protecting her with his life. 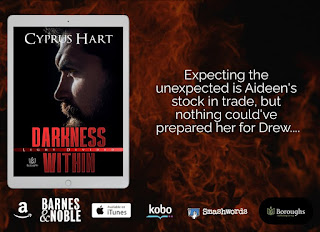 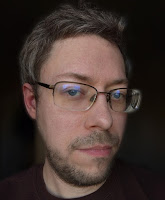 AUTHOR INFO:
Cyprus Hart’s earliest memory of trying to become a writer involves carrying a clipboard around and asking family members if the name “Rock Stone” was a good name for an action hero. Fast-forward three decades and he’s still convinced he can make it work.
When he's not writing kissing, and other activities along those lines into every book, he tries to keep his border collie entertained and keep him and his chihuahua warm in the frozen tundra of Missouri.
Sorry - he doesn’t like coffee or tea.
WEBSITE  |  INSTAGRAM  |  TWITTER
at June 10, 2021