Hello book buddies!  Today is my lazy day where I soak up books and look at tons of fancy houses on HGTV.  This morning, while looking at recent and upcoming book releases, I came across a book cover that stopped me in my tracks and kicked in the ogling reflex.  I knew right then and there I HAD to give you the scoopy-scoop on this sexy looking/sounding book.  So keep reading on to discover what caught my eye..... 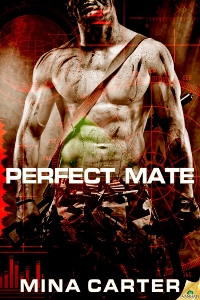 Lillian Rosewood leads an ordinary, boring life working as the manager of a psychiatric hospital. The highlights of her day, other than her skinny hot chocolate, are the hunky guards who work in the secure section. Until a late night emergency is wheeled in.

Captain Jack Harper is insane, drop-dead gorgeous...and just had his abdomen shredded. Despite the fact they're not an emergency room, Lillian can't turn him away and risk a death on her hands. Unable to get the handsome soldier out of her mind, Lillian sneaks into the restricted area to check on him. What she finds is beyond belief. Somehow Jack has managed to heal himself from a near fatal wound in mere hours.

When one of the doctors, Walker, attempts to rape her, things go from bad to worse. In the blink of an eye, Jack is loose and Walker is dead... and Lillian must accept a truth about her rescuer that will change her world forever. What if the patients aren't insane? What if their stories of secret government experiments and monsters are true?

Warning: Contains blood, mayhem and nude werewolves operating heavy weaponry. Large amounts of sarcasm, and smart-ass vampires may offend some readers. No civilian hospital staff were harmed in the making of this story.

EXCERPT:
She couldn’t believe she was crying. Lillian didn’t cry. Ever. She was tougher than that. Tougher than the stereotypical little woman who fell apart at the first sign of danger… Or the mother who couldn’t cope after the death of her husband and hightailed it to her lover with teary demands to “make the nightmare go away”. And conveniently forgot the fact she’d left her baby daughter behind.

She was not that woman, nor anything like her.

Once in the corridor, away from the stench of death and the sight of all that black, wrong blood, she stepped away from Jack and swiped at her tears with the back of her hand. Despite the fact he’d just killed a man, there was something about him that made her feel safe. Safe with a murderer. Okay, now she knew she was losing it. Perhaps insanity ran in her family and they’d just never told her?

“I’m sorry. I’m not normally like this,” she apologized as she looked up and offered a small, teary smile. Her mouth already open to explain, she stopped.

She’d known that. When they’d brought him in, her mind had told her that he was sex on a stick. But he’d been injured, a patient. Even though she was the hospital manager, she was bound by the patient-doctor thing, surely? The one that said “thou shalt not lust after the patients”.

Now though, without all the blood and the ragged uniform—even in the hospital gown that did nothing for anyone—he was so good-looking it took her breath away. She shook her head slightly, waiting for the hidden cameras and some cheesy reality show host to burst out of the supply cabinet in the corridor next to them. He couldn’t be for real. Soldiers just didn’t look that good.

With warm amber eyes set above sharp cheekbones, his face was bisected by a strong, straight nose over sensually full lips. A severe buzz-cut merely highlighted his attractiveness, concentrating all attention on his face. He should be strutting his stuff on a catwalk, not getting down and dirty playing soldier.

Her eyes travelled downward, and the rest of him more than fulfilled the promise of his face. He was toned…hell no, he was ripped. Even his muscles had muscles. Tall and broad shouldered, he was built like a quarterback, and his life had obviously been one of violence. Old scars dotted his skin like a mad artist had gone to town with his body as the canvas.

His words drew her attention back to his face. His eyes were blue again. He smiled, which almost robbed her of reason, but she held onto the thought for grim death. No one’s eyes changed that fast. What the hell have they done to him?

“Your eyes… What the hell are you?”

The smile turned cold, his features freezing around it and locking it into place. In hindsight, perhaps a demand for information wasn’t the best way to deal with this, especially after what had gone on in the room behind them. Walker was slumped, dead, but somehow she knew Jack wouldn’t hurt her.

He moved toward her. Only three steps, but with those blue eyes intent upon her, it seemed more like a stalk. With every movement he made, her instincts screamed “predator”.

She held her ground, tilting her head to look at him as he neared. He stopped inches away from her, so close the heat of his body beat at her skin even through her clothing and his gown.

“We don’t have time for this, Lilly.”

He lifted a hand to tuck a loose strand of hair behind her ear. As though he couldn’t stop touching her, he stroked a gentle finger down her cheekbone to the corner of her lips. It took everything she had not to turn her head and press into the small caress, but she held true to her purpose, her eyes on his.

His lips quirked, and everything female in her went into meltdown. He had to know the effect he had on women, so she ignored the reaction and met him look for look.

She choked. “What did you call me?”

“Minx,” he repeated, lowering his head and brushing his lips over hers to silence her. As a tactic, it worked. The first touch of his lips, warm and firm over hers, was like setting light to kindling. Heat flared and caught, racing through her body like wildfire.

She moaned, unable to stop her lips parting automatically in invitation. No matter what her mind was screaming about the dead guy in the next room and the possibility the hunk stood in front of her wasn’t just human, her body knew what it wanted, and what it intended to get.

He didn’t pass up the invitation. Groaning, he moved closer and deepened the kiss. With a ruthless sweep of his tongue, he parted her lips farther and slid into the softer recesses of her mouth. She shivered, hot and cold chills chasing over her skin as he kissed her in the darkness of the corridor.

She’d been kissed before and, as she’d thought anyway, she’d been kissed well. This was something else entirely. He kissed her as if there was nothing else in the world. As if she was his sun, his moon and stars…his everything. He didn’t kiss her, he made love to her with his lips and tongue.

Abruptly he broke away, tearing his mouth from hers. With a groan of frustration, he leaned forward to rest his forehead against hers.

“I don’t want to let you go.” The tone in his voice pulled on her heartstrings. “When they brought me in, there was just pain and blood…so much blood. Darkness was coming for me, and I was ready. But an angel called my name… I had to come back to see if she was as beautiful as she sounded.”

His words reached deep inside her. She already thought he was gorgeous, but to have him spouting words that…romantic wasn’t the word. The claim he’d come back just to see her, that hit her deep down and resonated in her soul.

She almost dared not ask the question, and when she did, her voice emerged breathy and hopeful. Like a teen finally meeting and speaking to her film idol in the flesh. 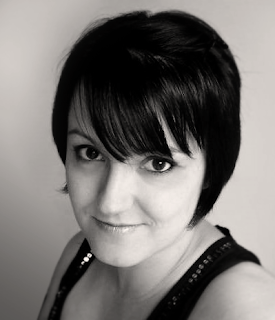 Mina Carter was born and raised in Middle Earth (otherwise known as the Midlands, England). After a slew of careers ranging from logistics to land-surveying she can now be found in the wilds of Leicestershire with her husband and young daughter…the true boss of the family.

Suffering the curse of eternal curiosity Mina never tires of learning new skills which has led to Aromatherapy, Corsetry, Chain-maille making, Welding, Canoeing, Shooting, and pole-dancing to name but a few.

A full time author and cover artist, Mina can usually be found hunched over a keyboard or graphics tablet, frantically trying to get the images and words in her head out and onto the screen before they drive her mad. She's addicted to coffee and Nutella on toast.