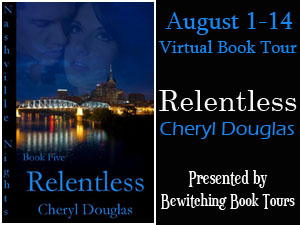 Today we return to Nashville and the fifth book in Cheryl Douglas' Nashville Nights series, Relentless.  With the added drama of the country music world as a background Ms. Douglas has created an entertaining group of friends and family with lots of emotional stories to tell.  Today we get to learn more about Relentless and the affect Nashville has on the storyline.  So let's get right to it......


Many people have asked me why I chose Nashville as the setting for my series, Nashville Nights. At first, I didn’t know this was going to be a series. I had a story to tell. It was about a country singer who’d fallen on hard times. He was still at the top of his game, financially, but emotionally he was a wreck. He lost the only thing that mattered to him , his wife, and he’d do anything to get her back.

Once I started writing this story, Shameless, the secondary characters started becoming so strong, they were often stealing the scene. It became pretty obvious that these strong secondary characters needed a story of their own so Trey and Sierra could have Shameless back. From that, Nashville Nights was born.

I knew country music would be the common theme that wove these books together, and there was only logical place to set the scene, Nashville. I love country music, mainly because of the story it tells. It often gets a bad rap because many people believe it’s still those suffering ballads about heartbreak. I’m not saying there aren’t a few of those, but it’s about so much more than that now. This genre of music has exploded for a reason, and I think as country music fans are so fond of saying, it’s because they can relate to the music.

Country music tells as a story, and as a story-teller myself, I can appreciate that. I listen carefully to the message every song is trying to convey. Sometimes it inspires me to write a book or change up a scene or sometimes, it inspires a whole series of books! Let’s be honest, no one writes a song about losing your first love quite like a country singer and I love that!

Not all of the characters in this series are country singers. Some are ranchers, bull riders, cops, stylists, publicists, managers, philanthropists, martial artists, and teachers. But the common theme is their love of country music and where better to celebrate that than Nashville? 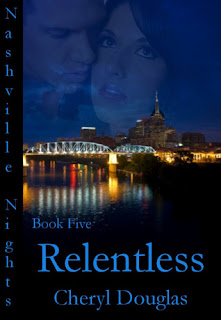 Nikki Spencer is all grown up, but the world still sees her as the little girl she used to be. She's ready to prove to her adoring public, and a certain rough riding rodeo champion, that sweet little Nikki isn't as innocent as everyone seems to think.

J.T. McCall has a reputation as a rough rider, both on the bull-riding circuit, and in the bedroom. So what's he to do when an innocent, like country crooner, Nikki Spencer, sets her sights on him? He plans to do what any good old country boy would do, save the lady from herself. But who will save J.T. when this little firecracker sets his world on fire? 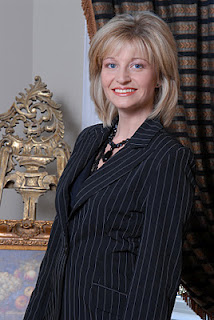 It took me thirty-seven years to decide what I wanted to be when I grew up. I thought I'd found my calling. In fact, I worked as a nutritionist for twelve years before I finally admitted to myself that while I enjoyed my work, I couldn't imagine doing it for the next thirty years.

My sub-conscious knew that I wanted to be a writer long before the conscious part of my mind decided to get with the program. While my sub-conscious was hard at work creating character profiles, plots and storylines, my conscious mind was telling me it was crazy to give up a successful business on the off-chance one of my manuscripts might rise to the top of someone's never-ending slush pile. After years of listening to that negative voice, I was finally ready to stop making excuses, face the fear and follow my dream of becoming a full-time writer, no matter the outcome. I'm so thankful I did.

I love bringing my characters to life and I am so grateful to have readers who love those characters as much as I do.

When I take a break from writing it's to spend time with my husband (a.k.a. my real life hero), my son, and my writing partner, Tia, a spirited Havanese who enjoys tapping her paw on my keyboard whenever I need a little comic relief.