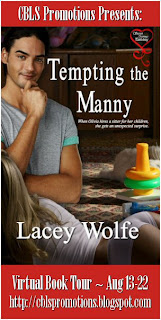 TSP:  How did you get where you are today with your writing career and would you have done anything differently?

One thing I would change is I would have slowed down. Being an eBook author, everything moves fast. You can write a book, get it edited, and published all within a 6 month period. It’s easy to get pulled into the fast lane. Currently I’m trying to get back into the slow lane and look at how I want my future to be.


TSP:  What's an average writing day like for you and are there any inspirational objects surrounding you as you write?

LW:  The kids just returned to school, so now I get them on the bus, get the hubby off to work, turn on some music, and begin writing. And I love it. I am returning to work outside the home in a few weeks, so I am trying to get as much done now on my books as I can.


TSP:  What do you want us to know about your book, Tempting the Manny?  Did you have any particular actor/actresses in mind when visualizing Jamie and Olivia?

LW:  When I wrote Tempting The Manny, it started out as something fun. One of those stories I turned to when I hit a brick wall on a current work in progress. But then suddenly, my heroine, Olivia had a story to tell.  I see Mario Lopez as Jamie. He is who I pictured in my head the entire time. And for Olivia, I think Scarlett Johanson for sure.


TSP:  Did you worry that some readers wouldn't see Jamie as manly because of his desire to care for kids and how did you keep that from happening?
LW:  I never really thought about this. Jamie isn’t the manliest man, actually. But he loves 100 percent. He is a very caring man and from the moment he met Olivia and his girls, his heart opens to them.


TSP:  You've written quite a few books thus far in your career, are there any themes/genres you'd like to try your writing hand at and what do you definitely have planned next?

TSP:  How has the digital revolution affected your career and how you market yourself?  Do you yourself have an eReader and where do you see publishing heading?

LW:  I love my eReader. I don’t think I’ve picked up a paperback in quite some time. I think the epublishing business is big and authors are on more of a level with readers. Now authors interact with readers with social networking. I think it’s great and I always love when an author chats back with me.

LW:  I LOVE my cats. I have six. My husband and I are softies for them. However, we are at our limit. All the cats we have (except 1) are rescues/strays that we caught and spayed and neutered. I also love bracelets. I think they are perfect to dress anything up.
Thank you for having me here today. I enjoyed all the interview questions and I really like you blog! 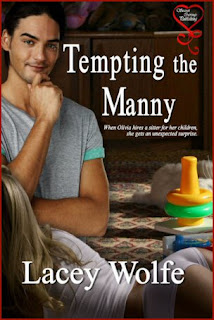 Tempting the Manny by Lacey Wolfe

Olivia’s world is torn to pieces when her boyfriend leaves her for a younger woman. But she has no time to dwell on it, she must pick-up the pieces for her children. And the first thing on her list is hiring a sitter. In return though, she gets a very unexpected surprise.

Jamie loves children. He comes from a big family and can’t wait to start his own one day. From the moment he meets Olivia and her children, he feels like this is where he’s suppose to be. But he mustn’t act on how he feels and does his best to stay professional, even with Olivia making it very difficult for him.

As Olivia and Jamie try their best to fight the way they’re feeling and figure out of it can work, her ex-boyfriend shows back up to complicate things. After a string of her own lies, can Olivia figure out what it is she really wants?
EXCERPT:
Jamie’s gaze followed Olivia’s ass as she walked toward the fridge. She bent slightly over reaching for the ketchup, and he was worried his erection was going to burst out of his pants. The way she looked at him as she headed back to her plate of food, he wasn’t sure if she was hungry for those fries or him. He had never met a woman with so much sexual desire, it was almost pouring from her veins. He wasn’t sure about the story with the ex, but that man had to be crazy for leaving.
Ketchup was on the corner of her mouth. Instinctively, he grabbed the towel, leaned forward, and wiped her mouth. Her eyes locked on his and, before he could even think twice, his hand wrapped around the back of her neck and pulled her to him. Her mouth met his just as fiercely and opened, letting his tongue slide in. The taste of ketchup met his taste buds and the need to taste more of her sprung through his body.
Olivia gripped his shoulders and pulled him closer. His free hand took hold of her waist. His erection shoved into her stomach. The kiss was like fire and even though he knew he should be resisting, he had to keep playing. Turning his head to the side, he deepened the kiss. She tasted so good and felt even better in his arms.
Pushing her back slightly against the counter, he nudged her legs apart with his knee, pressing his thigh tightly between. His dick was so hard now, it hurt.
Her mouth left his and for a moment he almost had time to stop and think about how wrong this was, but then her tongue swirled around his ear lobe and he was gone again.
His aching hands found her breasts, full and large. He cupped them, but imagined his face pressed between them instead. Licking his lips, he couldn’t wait to taste them.
“Mr. Jamie.” A little girl’s voice called from the living room.
Frozen, he took a step back from Olivia.
“Just a minute,” he called back.
Olivia’s eyes were full of passion. She bit her lip and he could tell she was nervous, but not for a second did she regret what happened. He knew this had been very wrong and he hated what he had to say. “I’m sorry, I shouldn’t have kissed you.”
A smile crossed her face when he had expected something different.
“I don’t think you are.”
Her hand reached down, touching his erection. He sucked in, now biting his lip to try a push away the urge to grind into it.
Letting her hand drop, she strutted past him to go to her daughter. His gaze once again followed her round little ass in her pencil skirt. She was right. If Morgan hadn’t interrupted them, he would have been finding out what it was like under that skirt.

*To learn more about this book visit the other blogs hosting this tour listed HERE. 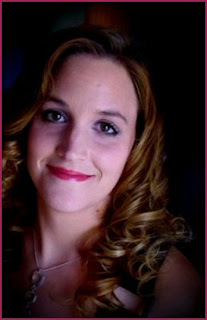 Lacey Wolfe has always had a passion for words, whether it’s getting lost in a book or writing her own. From the time she was a child she would slip away to write short stories about people she knew and fantasies she wished would happen. It has always been her dream to be a published author and with her two children now of school age, she finally has the time to work on making her dream come true.

Lacey lives in Georgia with her husband, son and daughter, their six cats and one black lab who rules the house.

You can find Lacey at the following places: