A hockey player who's enjoyed the extra benefits of being a star finds himself drawn to a single mom after a night of fantasies that soon becomes oh so real in the light of day.  Keep reading to get a tempting glimpse of Tore by Kat MIzera, then add this second installment in the Sidewinders: Generations series to your bookshelf when it releases on January 19th! 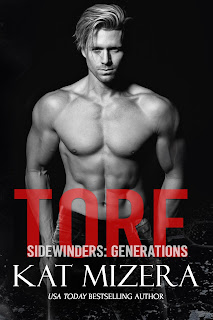 Swedish-born hockey player Tore Brekken thought he’d be a bachelor for life. The parties, the women, the lavish vacations— and the Ferrari. He had everything he could ever want, but his extreme lifestyle has been taking a toll. As much as he hated to admit it, he needed to settle down. He just didn’t expect to go from seriously single to daddy material overnight.
Single mom Margot Delgado’s life revolves around her four-year-old daughter Gracie. Tired of being let down, she doesn’t have time to waste dating men she can’t count on. Especially some hotshot hockey player with a playboy reputation as big as his...bank account.
But when the annual Fantasy Night rolls around, Margot decides to let her hair down— and for once she isn’t just someone’s mom, but someone’s wildest fantasy. From the first taste she knows she could get drunk on the way Tore makes her feel, and one night with him will never be enough.
When reality comes crashing down, and things get complicated, will they both be willing to risk it all for a chance to win big? 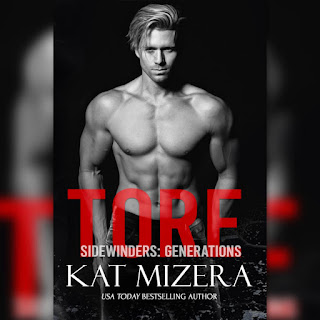