A man beloved by everyone, but who's unlucky in love, finds himself unexpectedly attracted to someone he meets while on a trip to celebrate his brother's wedding in the m/m romance full of heart and soul.  Keep reading to get a tempting taste of Upside Down by A.M. Madden, along with getting my impressions of it, then add this entertaining and endearing m/m romance to your bookshelf.  In honor of this third installment in the Breaking the Rules series make sure to visit the link below for the chance to win a print copy of this book along with a $25 Amazon GC too! 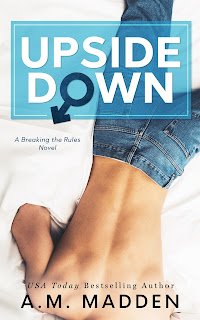 𝙁𝙧𝙤𝙢 𝙐𝙎𝘼 𝙏𝙤𝙙𝙖𝙮 𝙗𝙚𝙨𝙩𝙨𝙚𝙡𝙡𝙞𝙣𝙜 𝙖𝙪𝙩𝙝𝙤𝙧 𝘼. 𝙈. 𝙈𝙖𝙙𝙙𝙚𝙣 𝙘𝙤𝙢𝙚𝙨 𝙖 𝙘𝙤𝙢𝙥𝙚𝙡𝙡𝙞𝙣𝙜 𝙨𝙩𝙤𝙧𝙮 𝙖𝙗𝙤𝙪𝙩 𝙤𝙣𝙚 𝙢𝙖𝙣’𝙨 𝙖𝙬𝙖𝙠𝙚𝙣𝙞𝙣𝙜 𝙩𝙤 𝙖𝙡𝙡-𝙣𝙚𝙬 𝙙𝙚𝙨𝙞𝙧es—𝙖𝙣𝙙 𝙩𝙤 𝙖 𝙡𝙞𝙛𝙚-𝙖𝙡𝙩𝙚𝙧𝙞𝙣𝙜 𝙧𝙤𝙢𝙖𝙣𝙘𝙚.
I’ve always been known as the hopeless romantic…the nice guy…the sweetheart.
Everything in my life supported this persona. My students loved my easy personality. My colleagues admired the way I handled myself in the classroom.
But something was always missing.
Like so many relationships before it, my current attempt at love felt like a dead end. When she gave me an ultimatum, I couldn’t promise to give her what she wanted.
So, she ended it.
Explaining another breakup to my family was the last thing I wanted. But doing it on a luxury yacht at my brother’s wedding lessened the hardship.
I never imagined that trip would change everything... and I certainly wasn’t prepared for him to change everything.
Upside Down is a sister’s best friend, sexual awakening, m/m stand-alone romance that contains adult content.
FIND AT GOODREADS here. 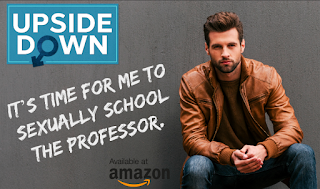 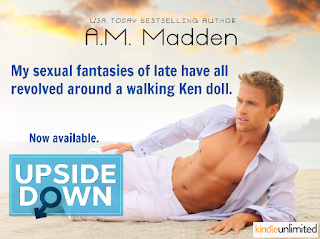 MY IMPRESSIONS OF THIS BOOK:
I've had the pleasure of reading books by this author before and enjoyed the emotional ups and downs permeating her stories along with discovering characters that are easy to relate to.  This latest release gives readers all that and more in a tale of a man who discovers what's always been missing in his life when an unexpected romance blooms while celebrating his brother's destination wedding.  It's not long before the joy of new love, and the impact of self-introspection amidst heartfelt talks, pushes this new couple out into the open while pulling at my heartstrings every step of the way.
Cooper Stanton's a college lit professor who's well-liked by all, seen as reliable and respected.  He's a man who talks about romance every day, believes in it, but is completely hapless when it comes to real life romance for himself.  He's dated some truly wonderful women over the years, but he never considered any of them to be "the one" and is still single while watching all of his family members find their HEAs.  His most recent break-up was especially heartbreaking as his family adored her and he's now left dealing with the fallout of them ending things during the celebration of his brother's wedding.  Attending the wedding doesn't go at all like Cooper thought it would though as it ends up being a time of self-revelation and the discovery of a love that he's only dreamed of before.  Embracing that love means accepting a different side to himself, applying a new label to what others have seen but that he's ignored until this eye-opening weekend.  It wasn't an easy journey for him but once he committed to what his heart so blatantly wanted he was totally on board.  He had to prove himself as his heart's desire had lingering pain from a past relationship, but Cooper proved himself worthy regarding all the romantic heroes he's read about in a romance that was sweet and sensual.  I liked Cooper from the very start as he was sweet and caring, an all-around good guy who I was rooting for through each new high and low.  His self-introspection endeared him to me while pushing every one of my emotional buttons in a journey that was both timely and realistically addressed and I applaud the author for her handling of his coming out.
Ricky Burrows is a friend and business partner to Cooper's sister and has been butting heads with Cooper for years.  Not only that, but the two recently shared a drunken kiss that neither have been able to forget about.  Seeing the newly-single Cooper again brings all their unrequited feelings to the surface, leading to lots of soul searching in a romance full of angst, heart, and soul that kept me glued to the pages.  Ricky always knew that Cooper was hiding from the truth which fueled much of their bickering over the years...as does the intense connection stemming from their recent kiss which he knows he can never act on.  Or maybe he can act on it as Cooper discovers he can no longer hide from the truth with Ricky acting as a solid support to him in his journey of self-discovery, a journey that was life-altering for both of them.  The road to HEA hasn't been easy for Ricky either as his last boyfriend decided to stay in the closet which has left him leery of opening his heart again.  He doesn't want to be another man's dirty little secret or be a sexual experiment to someone just testing the waters. Ricky just wants to be loved but it will take a lot to win his jaded and bruised heart. Luckily Cooper has the words from classic romance books to help him win Ricky over and I enjoyed the sensual dance these two engaged in as it warmed my heart while making me blush a time or two.
On a whole this was a well-crafted story that gave good insight into both of the heroes, showed how fragile love could make them as well as the strength it engendered in them. Cooper's journey was one of self-acceptance and it was a cheer-worthy one, made even better by his loving and supportive family. Ricky had to learn how to trust again, be willing to put his heart on the line for happiness as Cooper more than proved himself worthy of Ricky's love in their empowering romance.  Though this is part of a series it stands strongly on its own, never making me feel as if I'm missing out on something by not having read the two previous books.  The romance itself was sweet and sensual, teeming with sexual tension from the very start.  The banter between these two was both witty and combustible, making their scenes together crackle.  This story grabbed me from the very first page to the last, captivating me with its empowering storyline and sizzling romance and I look forward to this author's next m/m-fueled romance!
My rating for this is an A.
*I got this book from the author for review in exchange for my honest opinion. 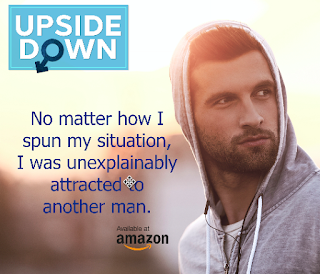 AUTHOR INFO:
A USA Today bestselling, award-winning author, A. M. Madden is also a Jersey girl whose addiction to romance started at twelve after reading Judy Blume’s Forever.
As a self-proclaimed hopeless romantic, she truly believes that true love knows no bounds.
In her books, she aspires to write fun, sexy, realistic love stories that will stay with you long after you turn the last page. She creates realistic characters and believes there’s no better compliment than when readers feel they know the characters personally.
When not writing, she’s busy being a wife to her soul mate, and a mother to two boys who she believes are the most handsome men on earth. She loves to cook, hates to bake, and dreams about living at the beach someday.
AWARDS:
2016 eLit Gold Medalist - Best Romance Ebook - The Shortstop
2016 IPPY Silver Medalist - Best Romance Ebook - The Shortstop
2018 Book Excellence Finalist - Finding Mr. Wrong (co-written with Joanne Schwehm)
2019 Book Excellence Finalist - Scoring Mr. Romeo (co-written with Joanne Schwehm)
WEBSITE | BOOKBUB AUTHOR PAGE | FACEBOOK | TWITTER | INSTAGRAM | GOODREADS AUTHOR PAGE | AM’S MAD READER GROUP
**********GIVEAWAY********** 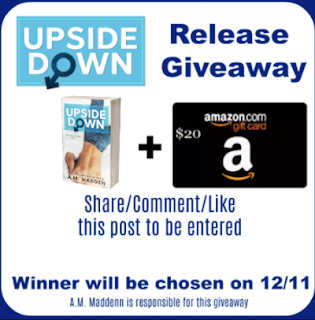