A man who rescues a damsel in distress finds himself falling for the young woman whose holiday was so rudely interrupted in this charming and sensual tale.  Keep reading to get a tempting taste of Depends On Who’s Asking by Lani Lynn Vale, along with my impressions of it, then add this twelfth installment in the SWAT Generation 2.0 series to your bookshelf too! 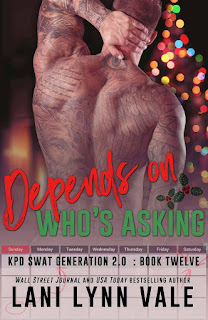 It was the night before Christmas, and all through the house, not a creature was stirring…nope. No. Nuh-uh. That’s a lie.
The moment that Caro wakes up, she knows that she’s not alone.
One thump-thump from the living room and she quickly moves into action.
One 9-1-1 call later, and she’s ready to defend herself.
Only, she gets more than she bargains for when she steps out into her living room and comes face to face with a living, breathing nightmare.
And isn’t it just fitting that the man that saves her by coming down the chimney with a large black gun in his hand is named Saint Nicholas?
***
It seemed like the start of a bad joke.
Saint Nicholas comes down the chimney on Christmas Eve night, but he isn’t there to bear gifts. He’s there to take out the trash.
When he lands on his silent feet, he has no other choice but to put himself in harm’s way.
One look at Caro’s terrified face, and he can’t stop himself.
He steps in just as the bullets start flying, saving the damsel in distress and taking a bullet to the shoulder for his trouble.
But one thing he can say is, heroes always win the girl.
And Caro is the best Christmas miracle of all. 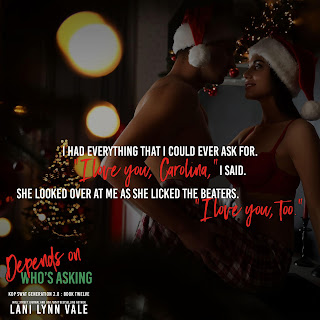 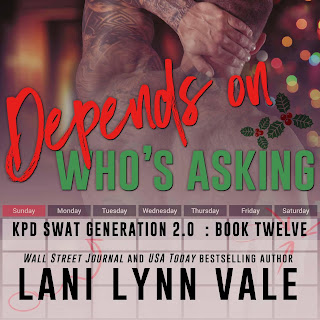 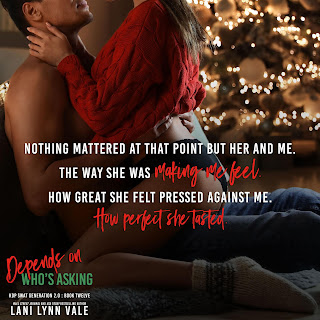 MY IMPRESSIONS OF THIS BOOK:
Having read this series from the start I've been waiting for Saint's story to take center stage and in a journey full of heart and soul I found myself thoroughly entertained.  Though certain elements of the story felt familiar I still enjoyed watching Saint and Caro grow closer together.  Knowing this was the last book in this series was a sad realization that left me sentimental as I turned the final page of this fun and festive story, but I'm ready for more from this reliably entertaining author.
Saint captivated me from the start as his childhood was one full of emotional pain that made him the man he is today while making me want to hug him constantly.  As a little boy he was left to his own devices, surrounded by people but with none of them caring about him.  As he grew up he became more leery of love, support, and appearances to become a man who's a loner living a life that's completely opposite to how he grew up.  He's still leery of others though, especially when it comes to matters of the heart as he's never sure if the attention he receives is because of the man or the persona he left behind. It's a battle he wages within himself that added a bit of angst to his burgeoning romance with Caro and it made my heart ache to see the vulnerability and self-doubts his past has left him with as he's a truly delicious hero.  He's sweet, sexy, with a strong protective side that comes out as he and Caro grow closer.
Caro's childhood was very different from what Saint experienced as she was surrounding my friends and family who truly cared about her, loved her unconditionally while supporting her to be whatever she wanted to be.  Her upbringing made her into a smart, sassy, and strong-willed heroine who's a delightful match to Saint in a combustible connection that permeates the story from the moment they met until they finally act on their feelings.  Caro's a great heroine, she's just who Saint needs to prove to him that he's more than enough as he is, and I appreciated her unconditional support of him when the action and suspense of his past came calling.
This was a fast-paced story with numerous twists and turns, the hallmark of Ms. Vale's writing, and it kept me on the edge of my seat pushing this couple together in a connection that just felt right.  Some of the situations felt a bit over the top but I still bought into them as I was rooting for this couple wholeheartedly.  Caro and Saint clicked from the very start in a meeting that was cute, from there their interactions were teeming with sexual tension that had me waiting breathlessly for them to just jump each other.  Not only did they sizzle in the bedroom but their heartfelt talks warmed my heart as well in a romance that was nicely balanced with the action.  Along with this wonderful main couple there were reappearances of past couples which brought home a feeling of family and made for an even richer ending.  There were also a few new faces that I hope to see more of in the future as Ms. Vale continues to craft entertaining and romantic stories I recommend to everyone!
My rating for this is an A-
*I got this book from the author for review in exchange for my honest opinion. 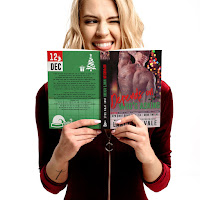 AUTHOR INFO:
Lani Lynn Vale is a Wall Street Journal & USA Today Bestselling Author of over thirty titles. She is married with three children, two dogs, two cats, a donkey, and a couple (a couple also meaning over twenty) chickens.
When she’s not writing, you can find her curled up in her favorite chair reading. Lani is married with three children and lives in the Great State of Texas.
WEBSITE  |  FACEBOOK  |  INSTAGRAM  |  TWITTER  |  GOODREADS AUTHOR PAGE  |  BOOKBUB
at December 08, 2020