Book Tour for The Pass by Rebecca Jenshak (REVIEW)......

A man who settled for being "just friends" decides that he wants a second chance at HEA in this fun and flirty friends to lovers romance.  Keep reading to get a tempting taste of The Pass by Rebecca Jenshak, along with my impressions of it, then add this second installment in the Smart Jocks series to your bookshelf when it releases today! 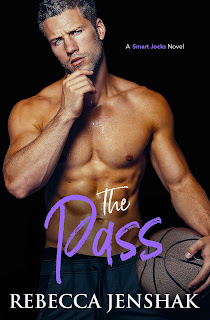 I've been in love with her for two years.
The first time around I screwed things up. I hesitated and the moment was gone.
I passed when I shouldn't have.
Not a total loss. I gained a best friend instead of whatever we might have been.
Sydney is hands down the best thing that's ever happened to me, and I'll do anything to keep her in my life. Even bury my feelings deep inside.
But one hot summer together at the lake filled with lots of teeny-tiny bikinis and I'm ready to risk it all for a second chance.
It's time to take my shot.
FIND AT GOODREADS here.
PRE-ORDER LINKS:  AMAZON  |  iBOOKS  |  GOOGLE PLAY  |  KOBO  |  BN 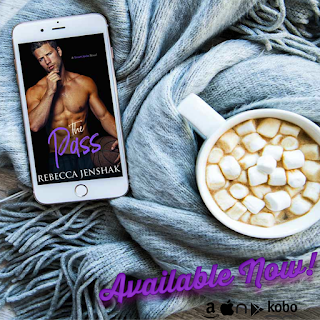 MY IMPRESSIONS OF THIS BOOK:
Friends to lovers is a favorite theme of mine and it's what drives this story with a romance between two people with a simmering connection who decide against jeopardizing their friendship...at least until their feelings become too big to ignore.  Featuring Tanner Shaw and Sydney Turner, characters who readers have met in previous books in this series, their romance ends up being a slow and satisfying burn as the hero decides he no longer wants to be "just friends".  Once he decides he's all in the two of them engage in an entertaining journey that was at times sweet and sexy, with witty banter that made me chuckle a time or two along the way.
Set in the world of Valley U, readers are immediately pulled into the lives of these two athletes, following their connection over the last three years until they reach a summer of change where Tanner decides to see "what if".  I adored Tanner the moment I met him, found him sweet and charming, with an unexpected vulnerable side that held him back from pursuing Sydney sooner.  For her part, Sydney's a sassy and strong-willed young woman who knows what she wants and is vocal about it, but who didn't want to ruin a beautiful friendship until she knew it could be more.  Throughout their time together these two showed themselves to be immensely likable and I could easily see myself being friends with them which had me cheering them on during their almost angst-free journey to HEA.  By the turn of the final page this story showed itself to be a carefree romance with witty banter, sizzling interactions, and a couple who has become a delightful part of the Valley U family and it’s one that I highly recommend.
My rating for this is an A-/B+
*I got this book from the author for review in exchange for my honest opinion. 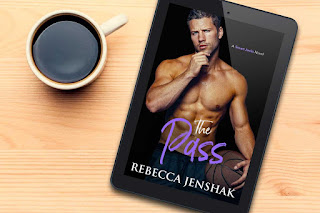 AUTHOR INFO:
Rebecca Jenshak is a self-proclaimed margarita addict, college basketball fanatic, and Hallmark channel devotee. A Midwest native transplanted to the desert, she likes being outdoors (drinking on patios) and singing (in the shower) when she isn't writing books about hot guys and the girls who love them.
NEWSLETTER  |  WEBSITE  |  AMAZON AUTHOR PAGE  |  BOOKBUB AUTHOR PAGE  |  FACEBOOK  |  FACEBOOK READER GROUP  |  INSTAGRAM
at December 08, 2020