Readers have reason to celebrate courtesy of this wonderful assortment of flirty and festive reads from the authors of Sourcebooks Publishing!  Keep reading to get a tempting taste of these books set in the country and the city and get extra tidbits to tempt you even more.  In honor of all these holiday-inspired reads make sure to fill out the form below for the chance to win a bundle of books too! 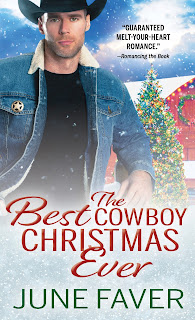 When handsome town sheriff Derrick Shelton meets Angelique Guillory and her young daughter at the Garrett ranch, he is immediately drawn to the woman who seems to desperately need a true family Christmas. Determined to erase the shadows from her eyes, he decides to give her the best holiday she’s ever had.

Angelique Guillory is a woman with a past, haunted by violence and searching for the family she never knew. When she and her little daughter find their way to the Garrett family and meet Derrick, she hopes to have finally found a safe haven.

But Angelique is still looking over her shoulder. Despite her doubts, with a little Christmas magic and the warmth of the Garretts, Angelique may find more love and acceptance than she ever thought possible. 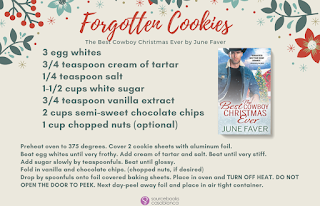 AUTHOR INFO:
June Faver loves Texas, from the Gulf coast to the panhandle, from the Mexican border to the Piney Woods. Her novels embrace the heart and soul of the state and the larger-than-life Texans who romp across her pages. A former teacher and healthcare professional, she lives and writes in the Texas Hill Country. 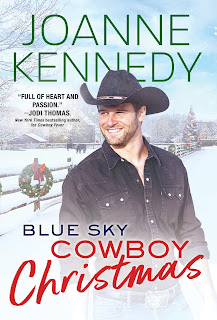 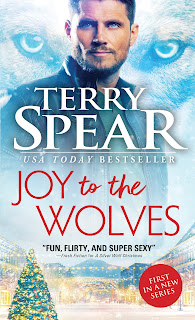 Joy to the Wolves by Terry Spear
Meet the shifters of the Red Wolf pack…
Close quarters make for a cozy Christmas…
As Christmas approaches, red wolf shifter Brooke Cerise unexpectedly inherits an antique shop in Portland, Oregon. But when a missing reindeer calf turns up on her property, she becomes embroiled in a kidnapping case and the primary suspect of far-too-intriguing shifter Detective Josh Wilding.
Josh doesn’t intend to fall for the mysterious new woman in town, but Brooke gets under his skin from the moment they meet, and he can’t help his instinct to protect her. These red wolves are both on the hunt for love, but there’s a mystery to solve before they can enjoy their holiday happy-ever-after.
BUY LINKS:  AMAZON  |  BN  |  iBOOKS  |  KOBO  |  BOOKSHOP  |  BaM  |  WALMART 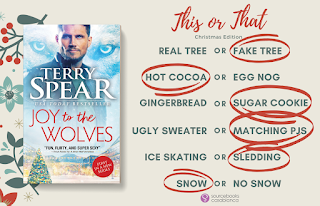 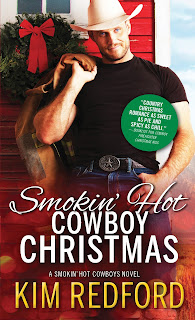 Smokin’ Hot Cowboy Christmas by Kim Redford
Have yourself a Smokin’ Hot Cowboy Christmas
It’s been one fiasco after another for newcomer Belle Tarleton since she began trying to turn her ranch into an arts center. Local workers seem determined to ruin her Christmas party plans, and she hopes bringing in down-on-his-luck Rowdy Holloway to help with renovations will get things back on track.
Rowdy is the unluckiest cowboy in the whole of Wildcat Bluff County, Texas, and things are not improving this holiday season. Sure, he’s the object of many local women’s drool-worthy fantasies, but the town has decided he’s the man who should stop Belle’s renovation plans.
It started as a simple mission, but now Rowdy’s so twisted up he doesn’t know whose side he’s on. With only days until Christmas, Rowdy and Belle need to tap into their fiery personalities and off-the-charts chemistry if they’re ever going to find a way to thaw the ice on this reluctant town’s heart. 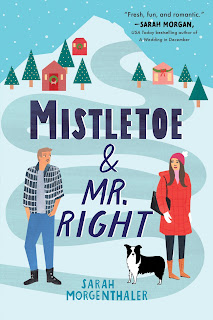 Mistletoe & Mr. Right by Sarah Morgenthaler
How the moose (almost) stole Christmas.
Lana Montgomery is everything the quirky small town of Moose Springs, Alaska can’t stand: a rich socialite with dreams of changing things for the better. But Lana’s determined to prove that she belongs…even if it means trading her stilettos for snow boots and tracking one of the town’s hairiest Christmas mysteries: the Santa Moose, an antlered Grinch hell-bent on destroying every bit of holiday cheer (and tinsel) it can sink its teeth into.
And really…how hard could it be?
The last few years have been tough on Rick Harding, and it’s not getting any easier now that his dream girl’s back in town. When Lana accidentally tranquilizes him instead of the Santa Moose, it’s clear she needs help, fast…and this could be his chance to finally catch her eye. It’s an all-out Christmas war, but if they can nab that darn moose before it destroys the town, Rick and Lana might finally find a place where they both belong…together.
BUY LINKS:  AMAZON  |  BN  |  iBOOKS  |  KOBO  |  BOOKSHOP  |  BaM  |  INDIEBOUND 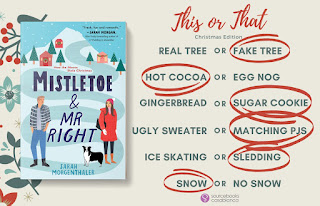 AUTHOR INFO:
Geologist and lifelong science nerd, SARAH MORGENTHALER is a passionate supporter of chocolate chip cookies, geeking out over rocks, and playing with her rescue pit bull, Sammy. When not writing romantic comedy and contemporary romance set in far-off places, Sarah can be found traveling with her husband, hiking national parks, and enjoying her own happily ever after. Sarah is a two-time Golden Heart Finalist and winner of the NOLA STARS Suzannah award.
**********GIVEAWAY**********
a Rafflecopter giveaway
at December 02, 2020