A young woman's life is completely destroyed which leaves her running for her life and seeking revenge in this exhilarating paranormal tale.  Keep reading to get a tempting taste of Karolina Dalca, Dark Eyes ​by M.R. Noble, then start counting down the days until this series starter hits shelves on December 16th.  In honor of this first installment in the Dark Eyes series make sure to fill out the form below for the chance to win 2-$25 Amazon GCs too! 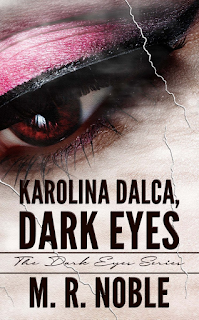 Blindsided by an attack that destroys her home and blamed for murder, Karolina Dalca, a half-vampire, escapes, only to plunge into the magical societies from which she was sheltered.
Betrayed by those around her, she abandons her dreams of becoming an investigator and flees, trusting only herself. Her police internship would never prove more useful. Hoofing it through the wilderness, she makes it to her university dorm, disheveled but delightfully deflowered.
Enter a full vampire: one wielding dark magic and a ride out of Canada. A fugitive from the law, Karo complies with his demands to escape, unsure whether his requests are bewitched. She vows to clear her name and avenge her mother's death, but Karo's family secrets aren't so easily left behind.
EXCERPT:
“Who are you anyway?” I asked.
“Andre,” he said. “Private Investigator, but I'll do anything for money.” He winked.
“You’re not human,” I said. “What are you?” I stretched out my Charmed senses and felt magic within him.
“I'm a vampire, princess. Same as you, but with a little extra dark superpower. I'm a full vamp though, and from what I can tell from your dismal amount of speed out there, you’re half."
He dragged a chair from the wall and sat across from me.
“You have the Dark Charm?” I asked. “I should have figured; you ooze sleazebag."
“And you have a little something special up your sleeve too, don't you, princess? I bet you get a little hot now and then, don't you?"
I narrowed my eyes.
“And with a name like Karolina Dalca...I bet you've got enough training to back up that look you’re giving me."
He knew my name, my powers, and where to find me. My eyes fell over his body, sizing him up as he sat across from me. Strong jaw, tall, six feet and maybe four inches, and muscular broad shoulders. I could take him—if I took him by surprise. 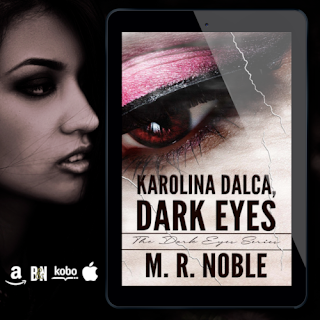 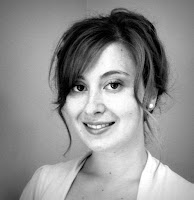 AUTHOR INFO:
M. R. NOBLE has played a tug of war between science and art her whole life, but the rope broke when she wrote the first line of The Dark Eyes Series. Immersed up to her keyboard in paranormal romance and urban fantasy, she enjoys blending the real with the surreal. The only drawback is she misplaces her mug while dreaming up her next scene, and soon finds herself six cups overpoured.
Keeping to her Lake Simcoe roots, she is a member of the Writers Community of York Region (WCYR), where her muse is made not found...over a hefty cup of coffee.
WEBSITE  |  FACEBOOK  |  TWITTER  |  INSTAGRAM  |  GOODREADS AUTHOR PAGE  |  BOOKBUB  |  AMAZON AUTHOR PAGE
**********GIVEAWAY**********
a Rafflecopter giveaway
at December 13, 2020