One time friends lost themselves as life became rocky in this emotionally intense tale of second chances that pulls at reader's heartstrings.  Keep reading to get a tempting taste of Fletcher by V. McFarlane, then add this first installment in the Boys of HGU series to your bookshelves when it releases on February 20th, 2021! 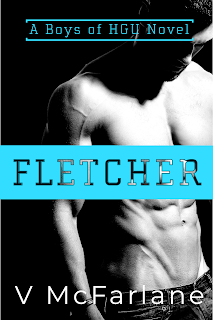 Just one night....
I should have known that just one night would never have been enough.
Not when Peyton Mckenna has been the only girl I’ve ever dreamed of.
We were friends once, best friends but to me she was always the girl I couldn’t have. It didn’t stop me wanting though.
But then everything changed, our worlds exploded and I pushed her away, too caught up in my grief and confusion of still wanting the girl that belonged to someone else.
For three years I avoided her as if everything that happened that night was her fault, but the truth was, the guilt of seeing her, still wanting her was tearing me apart but I was becoming weak.
Weak enough to let her back in.
Weak enough to hold her.
Weak enough to take that taste I’d always denied myself.
It was a betrayal.
But never a mistake.
And now I want more.
Our paths were too tangled, our lives forever on a collision course. This was my destruction and we had always been destined to fail. 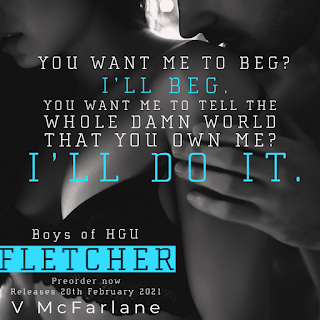