Book Spotlight on Enjoy the View by Sarah Morgenthaler (GIVEAWAY)......

A woman trying to start her life over finds herself relying on a quiet and commanding mountain man to keep her and her movie crew safe...while trying to guard her heart too in this endearing and entertaining story.  Keep reading to get a tempting taste of Enjoy the View by Sarah Morgenthaler, then start counting down the days until this book hits shelves on January 19th!  In honor of this third installment in the Moose Springs, Alaska series make sure to fill out the form below for the chance to win 5 sets of the first two books in this series too. 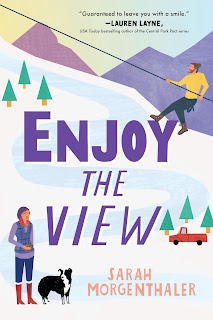