A woman who raised her best friend's daughter after a tragic accident finally gets the chance to live life for herself in this romance of a younger man drawn to the older woman he's always treated as a friend but who he now wants more with.  Keep reading to get a tempting taste of Let It Be Me by Kait Nolan, along with getting my impressions of it, then add this charming first installment in the Men of the Misfit Inn series to your bookshelf! 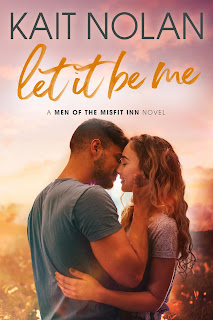 Four years ago, firefighter Caleb Romero saved a child and met the woman of his dreams. But trauma killed the timing, so he’s contented himself with being the friend she needed as she navigated sudden parenthood.
Four years ago, Emerson Aldridge became a mom in the worst possible way. Without qualm, she abandoned her own dreams to shepherd her teenage daughter through their shared grief. Her number one priority has been to raise Fiona the way her best friend would have wanted.
Now Fi’s headed off to college and Emerson has no idea how to feel about her suddenly empty nest. She barely even remembers life before motherhood, but Caleb’s right next door to give her a reminder—along with a toe- curling kiss that catapults them past friends and into something more. The life she wanted before the accident is still within reach. He just has to convince her that their age difference means nothing.
Piece of cake. Right? 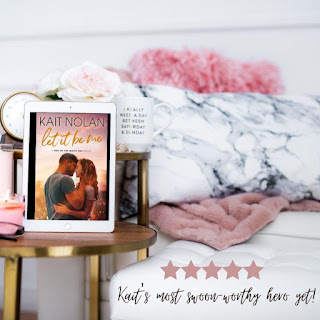 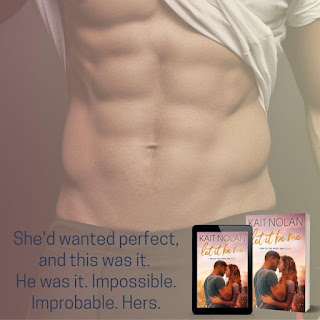 MY IMPRESSIONS OF THIS BOOK:
Readers looking for a light yet satisfying read touching on true-life emotions will get just that with this romance of second chances and involving an older woman/younger man dynamic that I found utterly charming.  Add in that the main couple have been friends (and next door neighbors) for years and you see an even deeper connection, one that makes their HEA all the more inevitable.  Though there's a few small bumps along the way due to the heroine's self-doubts, this was still a sweet and satisfying romance I enjoyed and definitely recommend to others.
Caleb Romero's a sweet and sexy firefighter with a big heart who became a part of Emerson Aldridge's world the night her best friend died and she got custody of her friend's daughter.  His visits to the newfound family of Emerson and Fiona started out merely professional, but it wasn't long before his own past full of loss had him becoming an even more vital part of their lives.  Caleb became a strong and loyal support to Emerson, always there when she needed a shoulder to lean on, both as a friend and as an older brother to Fiona.  Once Fiona headed to college though, Caleb made his move...and what a delightful path he forged for himself as he worked to win over Emerson.  It was a journey of showing Emerson that she's more than a mom, more than a friend...she's a woman that he loves despite her fears over their age difference. Through everything he's a man who lives his life to the fullest and pushes Emerson to get past issues of age in a pairing that ultimately helped empower her.
Emerson's an older heroine who's a voice actor when tragedy strikes to leave her best friend dead and her a single mom to her goddaughter.  She immediately stepped up to be the best mom she could be, putting aside her wants to rear Fiona in ways that her friend would expect.  Romance went out the window to be replaced by motherhood...and Emerson was okay with that.  But now that Fiona's leaving home for college, things are going to change for Emerson.  She can no longer hide behind the label of single mom, can no longer bury the hidden attraction she has for her friend and neighbor Caleb.  She doesn't easily embrace her feelings for him though as self-doubts have her questioning what he could see in an older woman like herself.  From there it becomes a series of push and pull as Caleb wages a sweet and sensual war on her heart and soul...while she works on redefining who she is and who she wants to be.  Throughout the story I found Emerson a likable heroine, one who I saw myself in and one that I'd call a friend.  She was a good and loyal friend to Micah and did right by Fiona in a relationship that was sweet and realistic in its parent/child exchanges.  While I could understand her issues regarding age I was still frustrated by the speed bumps she threw at Caleb (he definitely didn't deserve her doubting him as he's a near-perfect book boyfriend) throughout their journey to HEA.
From the first page to the last this tale warmed my soul while putting a smile on my face courtesy of its near-perfect hero and realistic familial interactions.  I enjoyed seeing these three individuals become something more, become an unlikely family after such a heartbreaking tragedy.  Emerson and Caleb were a compelling pair, great as friends and even better as more in a journey that was romantic and empowering.  I was captivated by their dance out of the friend zone and it kept me rooting for them every step of the way.  By the turn of the final page this becomes the kind of story meant to be a Hallmark Channel movie and I hope to see that happen so others can be charmed by this romance too!
My rating for this is an A-/B+
*I got this book from the author for review in exchange for my honest opinion. 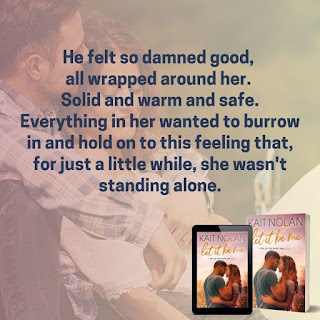 AUTHOR INFO:
Kait Nolan is a RITA® Award-winning Mississippi author who calls everyone sugar, honey, or darlin', and can wield a 'Bless your heart' like a Snuggie or a saber, depending on requirements. She believes in love, laughter, and that tacos are the world's most perfect food. When she's not writing, reading, working the evil day job, or wrangling family (both the two-legged and the four-), you can find her obsessively watching The Great British Bake Off.
WEBSITE  |  NEWSLETTER  |  FACEBOOK  |  FACEBOOK READER GROUP  |  GOODREADS AUTHOR PAGE  |  BOOKBUB  |  TWITTER  |  INSTAGRAM  |  PINTEREST  |  AMAZON AUTHOR PAGE
at January 08, 2021