A widower finds himself back in the dating world, feeling lost and uncertain, in this sentimental story of second chances when he meets a woman the exact opposite of the love of his life but who could very well be just what his life now needs.  Keep reading to get a tempting glimpse of Dumpster Fire by Elise Faber, then start counting down the days until this third installment in the Life Sucks series hits bookshelves on February 15th! 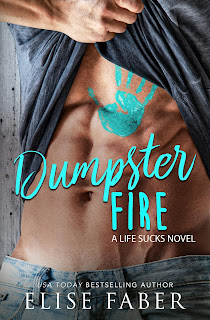 dumpster fire
noun
1. an utterly calamitous situation
2. mismanagement for the ages
3. something very difficult no one wants to deal with
4. Rob Hansen
Rob was single.
That hadn’t been the plan. But it turned out that his plan wasn’t immune to car accidents. It couldn’t stave off death, couldn’t stop bad things from happening.
Now Carmella—his wife, his best friend, the other half of his heart—was gone. And she’d been gone long enough for the tendrils of loneliness to creep in, for him to risk dipping his toe back into the dating world. The only problem was that dating was a hell of a lot different in this world than when he’d been in college.
He wasn’t good at apps and profiles, his banter skills were rusty, and his flirting...well, some might say it was atrocious.
Then came high, high heels.
Then came a sharp voice with an impressive repertoire of curse words.
Then came a woman who was definitely not Carmella...but who might be the possibility of something more. 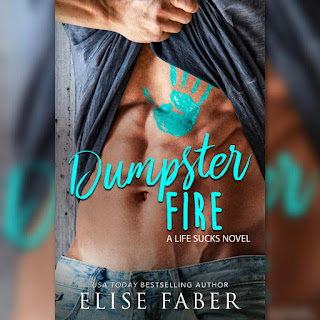