Book Spotlight on Song for a Cowboy by Sasha Summers (GIVEAWAY)........

A woman at the top of the country music world finds herself stuck working with a former love she's never forgotten about despite their years apart in this intensely emotional tale of second chances and family obligations.  Keep reading to get a tempting taste of Song for a Cowboy by Sasha Summers, then add it to your bookshelf.  In honor of this second installment in the Kings of Country series make sure to fill out the form below for the chance to win 1 of 5 copies of the first book in this series too! 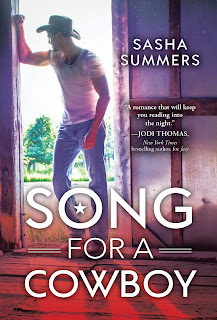