As a fan of the paranormal I just knew I had to let everyone know about this exciting new read with some sexy m/m attraction going on written by Poppy Dennison.  Not only do I have the pleasure of having Poppy visit today, but it just so happens that today is Star Wars Day which again thrills a sci-fi geek like me and apparently Poppy too whose blog post includes some Yoda moments.  So let's welcome Poppy Dennison.......... 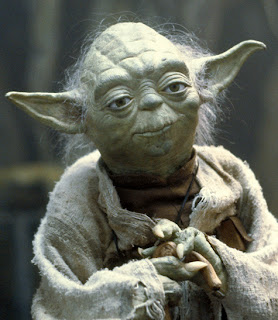 Use the Force
By Poppy Dennison

In honor of Star Wars Day (May the 4th be with you!), I thought I’d swing by Jody’s place to talk about the Force in my novel Mind Magic. Simon is an apprentice mage who has the ability to do Mind Magic. But what is Mind Magic anyway?

In this novel, Mind Magic is an ability held by Mages. As an apprentice, Simon only has limited access to these powers but they include some psychic ability. He’s able to hear the werewolf cubs crying for help in his mind, whereas a stronger mage would be able to block out “undesirables”.

That’s just the beginning of his powers, though. Simon can do other spells, spells that affect the mind of those he performs them on. A dangerous ability, but one with many rules and regulations. Simon uses some of his powers to confuse the men who have kidnapped the cubs. He can send them suggestions; he can hide himself so he’s not able to be seen by humans.

Much like Luke in Star Wars, Simon has to train to get better. Unfortunately, he doesn’t have Yoda. I’m firmly convinced that better with Yoda, everything is. (/end weird Yoda voice.)

When he joins forces with the High Moon Pack, he finds that sometimes you have to work outside the rules to become everything you could be. But is he going to the Dark Side? 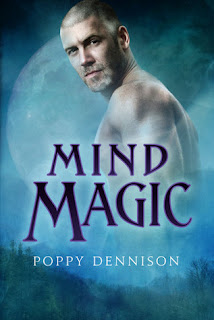 Magical species must never mix. According to the rules, Simon Osborne should ignore the children’s cries for help. After all, they’re werewolf cubs, and he’s an apprentice mage. But for once in his life, Simon breaks the rules and rescues the cubs, saving them from a demon intent on draining them of their magic.

Of course, all actions have consequences, and Simon’s bold move earns him the displeasure of his peers and the attention of the cubs’ alpha, a man named Gray Townsend.

The last thing Gray needs is a mage in his life, but Simon did save his son. Since Simon is now a friend of the pack, Gray doesn’t have much choice about it—or the forbidden attraction that goes along with it. Unfortunately for the alpha, he needs Simon’s help to track down the demon behind the kidnappings—before it strikes again. Simon and Gray must join forces to protect the pack, even as they struggle to resist the temptation that threatens to destroy them both.

A sassy southern lady, Poppy Dennison developed an obsession with things that go bump in the night in her early years after a barn door flew off its hinges and nearly squashed her. Convinced it was a ghost trying to get her attention, she started looking for other strange and mysterious happenings around her. Not satisfied with what she found, Poppy has traveled to Greece, Malaysia and England to find inspiration for the burly bears and silver foxes that melt her butter. Her love of paranormal continues to flourish nearly thirty years later, and she writes steamy love stories about the very things that used to keep her up all night. If her childhood ghost is lucky, maybe one day she’ll give him his own happily ever after.