Two men who have been flirting with each other for years find their burgeoning connection complicated when one suddenly becomes a father in this contemporary m/m romance of compromise and the power of love.  Keep reading to get a tempting taste of Cameron Unscripted by Emily Mims, then add this sixth installment in the Durango Street Theatre series to your bookshelf! 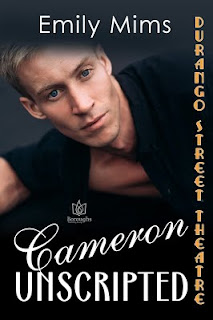 Subtle glances, suggestive smirks, passing comments laced with innuendo...Cameron Heiser and Josh Goldstein have been quietly flirting for years. Just when the time seems right to act on their desire, Josh’s focus shifts when unexpectedly, he becomes father to his young niece and nephew.
Cam doesn’t date men with kids. Too many complications. He likes his fun to flow with the pace of his life. He comes and goes as he pleases, and getting involved with someone else’s family is more than he’s willing to take on. Even for Josh.
But the pull is too strong, and they strike a deal. What they have has to remain separate from Josh’s family life. No kids involved. What starts out as the apparent perfect solution turns into everything Cam swore he wouldn’t do. Josh’s time is not his own, and Cam is not good with waiting on the sidelines.
Miserable apart, Cam sees no way to make it work until fate’s hand pushes him in a direction he never saw possible. No one is more surprised to learn, love really does conquer all. 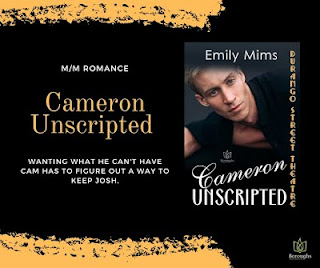 OTHER BOOKS IN THE DURANGO STREET THEATRE SERIES:
Vivi's Leading Man - Book One
A year after their divorce, Vivi and Miguel are forced to work together to save the Durango Street Theatre, and learn they might really love each other after all.
Maggie's Starring Role - Book Two
Maggie has to secure grant funding to keep the Durango Street Theatre alive, but Kirby is standing in her way, and he’s too damn sexy to ignore.
Wade's Dangerous Debut - Book Three
Star of community theater, Wade Baxter's been living a lie for years, and to hold on to the man he loves, Wade must shed his demons and step into the light.
Jessica's Hero - Book Four
After her bomb squad husband got blown up, Jessica vowed no more cops, especially since she'd grown up with a cop father, and knew all too well she was not meant to be waiting up all night and worrying, never mind being widowed again, and then SWAT officer Brian Howard danced his way into her life, and she had to make a choice: be happy or be safe.
Letti's Second Act - Book Five
He’s too young, brash, and one hell of a distraction, but Letti can’t get Kevin Summerset out of her mind, and she might have to give into his pull after all. 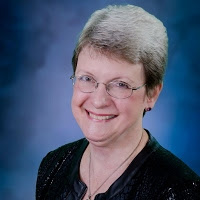 AUTHOR INFO:
Author of over 25 Romance novels, Emily combined her writing career with a career in public education until leaving the classroom to write full time. The mother of two sons, she and her husband split their time between Texas and eastern Tennessee. For relaxation she plays the piano, organ, and dulcimer.
WEBSITE  |  TWITTER  |  FACEBOOK  |  INSTAGRAM  |  AMAZON AUTHOR PAGE
at April 19, 2021