Two people attracted to one another find themselves on a rocky road to romance in a journey full of misunderstandings that readers will find entertaining and full of heart.  Keep reading to get a tempting taste of Quit Bein’ Ugly by Lani Lynn Vale, along with my impressions of this sweet and sentimental story of misunderstandings and romance, then add this third installment in The Southern Gentleman series to your bookshelf too! 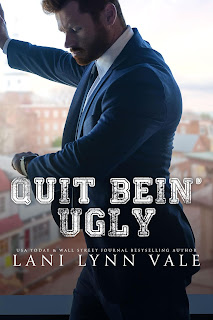 There’s a crush, and then there are the type of feelings that Croft Cruisie evokes from a person. He’s everything that any straight woman would want: tall, handsome, charismatic, muscular, and sweet.
At least, Carmichael thought he was sweet, until he brings another woman to the gym she owns with her brother, on the night that’s to be their first date, and lets her know in a quick and painful, non-verbal way that her feelings are not reciprocated.
Fast forward six months, and she’s still trying to move on from the rejection.
It doesn’t help that the jerk moves in next door to her, and that she has to see him workout shirtless every single day.
How can a woman get over a silly crush when that silly crush won’t so much as give her room to breathe?
***
Croft doesn’t know what happened.
One day he was supposed to go on a date with the girl that wouldn’t leave his thoughts for even a second, and the next she’s avoiding him like the plague.
No matter how hard he tries—and admittedly, it isn’t all that hard due to the biggest case of his career taking over his life—he can’t get her to tell him what he did wrong. She refuses to give him a second chance.
At least, not until he’s nearly killed in front of the courthouse, that is.
The moment he sees his chance, he pounces. Or, more literally, he limps.
But the limping is what draws Carmichael in. The Southern charm that was instilled in him since birth will be what gets her to stay.
That’s his plan, anyway.
Funny thing about plans...they never seem to work out how you expect them to. 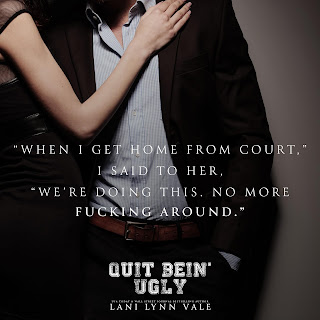 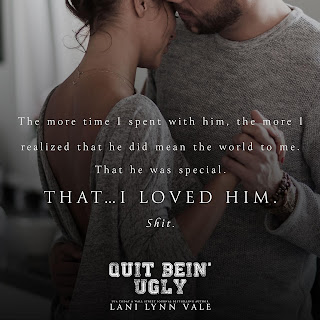 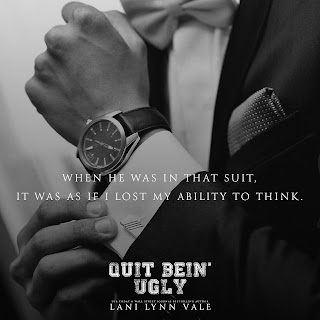 MY IMPRESSIONS OF THIS BOOK:
Written with Ms. Vale's usual blend of sweet, sexy, and suspense, this third installment in The Southern Gentleman series is another winner that put a smile on my face from the very start.  In this slow-burn romance of two people with a long-simmering attraction to each other, an attraction that has led to misunderstandings and frustrations, it will take danger and a bit of play-acting to finally get them on the same page.  With each turn of the page readers will find themselves rooting for these two, through every up and down, every step of the way in a tale that races to a satisfying conclusion.
This pair has been a part of The Southern Gentleman world from the very first installment and I enjoyed the little glimpses we got of them throughout the series thus far, loved seeing the attraction and flirtatiousness start, and couldn't wait to see everything come to a head.  And boy, did everything quickly combust between them in this story!  From the date that didn't turn out to be a date, to A LOT of stupidity courtesy of Croft early on, to his relying on her caretaking nature when he's wounded, theirs is a story that's never boring.  Croft is the typical Vale hero as he's a bit clueless when it comes to women, but oh so good in many other ways.  He's a man dedicated to his job, a man who's oblivious to all the women throwing themselves at him because he too is in love...with Carmichael.  He's a strong protector too, an Alpha male who (once he admits how important Carmichael is to him) goes after her wholeheartedly with a delightful apology and moments of sexy amends.  Despite his flaws he's a delicious hero and his wooing of Carmichael was both joyous and scorching, warming my heart while making me blush.  Carmichael's been attracted to Croft for a long time as he's her brother's best friend, for her there is no other. Just when she thinks they'll be having their first date though, everything implodes and she's left trying to ignore him and move on.  That's hard to do when he's injured and needs someone to care for him.  Them being neighbors makes her the perfect nurse and gives him the time he needs to make amends and woo her as he wishes he'd done in the first place.  Their time together is full of heart, lots of scorching interactions, as well as a bit of suspense to keep reader's hearts pumping. Through it all Carmichael is a wonderful heroine, one you can easily see as a friend. She's strong, sassy, and gives as good as she gets...particularly through Croft's "recovery" which added an exhilarating bit of sexual tension to their already scorching connection.
On a whole this was a quick read with a satisfying romance.  The main couple was likable, with moments that sometimes frustrated me, but the scenes of forgiveness more than made up for my frustrations.  I loved the slow-burn between these two and their delightful journey to HEA that had me rooting for them every step of the way.  I also loved the glimpses of past couples and their subtle matchmaking that reflects a sense of family that permeates many of Ms. Vale's works.  Though this story can stand strongly on its own it's a wonderful addition to the series that I recommend to others.
My rating for this is an A-
*I got this book from the author for review in exchange for my honest opinion. 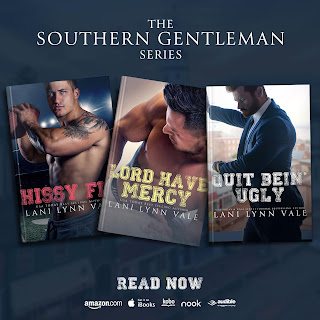 PREVIOUS BOOKS IN THE SOUTHERN GENTLEMAN SERIES:
HISSY FIT (Book #1)
He is the one that never looks her way.
He is handsome and strong.
He is rough around the edges and mean.
He is everything she’s ever wanted.
He doesn’t even know she exists.
Her life is a joke.
***
She doesn’t step on cracks in the sidewalk.
She laughs at inappropriate times.
She talks when she shouldn’t.
She is clumsy and trips on air.
She is finally on his radar.
God help her now.
BUY LINKS:  AMAZON (US)  |  AMAZON (INT)  |  BN  |  iBOOKS  |  KOBO  |  AUDIBLE  |  iTUNES
LORD HAVE MERCY (Book #2)
Poor judgment: knowing better yet doing it anyway.
Flint Stone is a professional in every way.
He’s a police officer with the K-9 unit and works at Gun Barrel High as the school resource officer. In his spare time, he’s working his heart out to create a successful gym from the ground up.
He’s loved by every single person he ever encounters—student, faculty, and employees—Everyone but Camryn Elvis Presley.
The only thing they have in common is their mothers’ poor excuses for names.
Period. The end.
So why is it every time she crosses his path that he has the urge to mess up her perfectly curled hair? Or unbutton a few of her prim and proper buttons?
He knows he should stay away, yet like the high schoolers he’s around every day, he has no choice but to react first and think about the consequences later.
Side note—bad decisions are made, leading to lapses in judgment that threaten both of their jobs. Yet when the time comes, neither one can seem to find the wherewithal to care. Why? Because being bad feels so good.
BUY LINKS:  AMAZON (US)  |  AMAZON (INT)  |  BN  |  KOBO  |  iBOOKS  |  AUDIBLE  |  iTUNES
AUTHOR INFO:
Lani Lynn Vale is a Wall Street Journal & USA Today Bestselling Author of over thirty titles. She is married with three children, two dogs, two cats, a donkey, and a couple (a couple also meaning over twenty) chickens.
When she’s not writing, you can find her curled up in her favorite chair reading. Lani is married with three children and lives in the Great State of Texas.
WEBSITE  |  FACEBOOK  |  INSTAGRAM  |  TWITTER  |  GOODREADS AUTHOR PAGE  |  BOOKBUB
at April 20, 2021