Book Spotlight on Winner Takes All by Sandra Kitt (GIVEAWAY).......

A winning lottery ticket changes everything for a young woman and the man who was once her teenage crush in this charming contemporary romance.  Keep reading to get a tempting taste of Winner Takes All by Sandra Kitt, then add it to your bookshelf.  In honor of this first installment in The Millionaires Club series make sure to fill out the form below for the chance to win 1 of 3 copies of this book too! 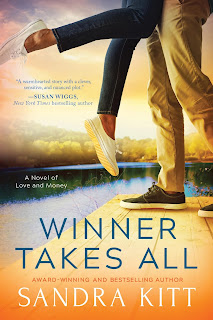