An out of control drummer with drug problems finds himself attracted to the proverbial girl next door in this romance of opposites attracting that will wholeheartedly pull readers into their journey to HEA.  Keep reading to get a tempting taste of Nashville Nights by Julie Capulet, along with getting my impressions of this second installment in the Music City Lovers series, then be sure to add it to your bookshelf! 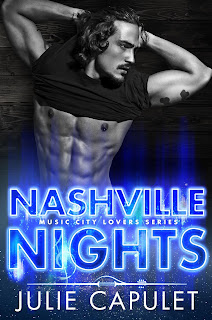 He's crazy for her...
Vaughn Tucker is the hot playboy drummer of the Tucker Brothers band, whose four albums have all hit number one.
Vaughn is drop-dead gorgeous…and completely out of control.
Gigi Hayes’s life is a million miles from packed stadiums and high-profile tour schedules. She’s a small-town girl who spends all her time working in the library and studying to become a qualified social worker. For...reasons.
For the first time in his life, Vaughn is the one who’s star-struck. But Gigi is saving herself for true love. And she’s not deluded enough to believe the world-famous rock star is capable of such a thing.
But when her first case study happens to be a certain patient who’s causing mayhem at the rehab by insisting he’s outpatient material—and when Gigi is the only one he’ll respond to—she finds herself drawn, against her will, to the beautiful, trouble-written-all-over-him superstar. 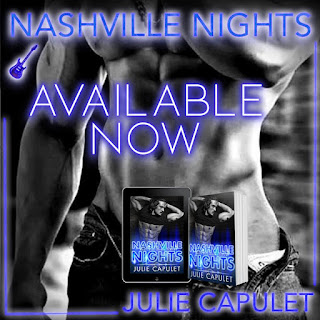 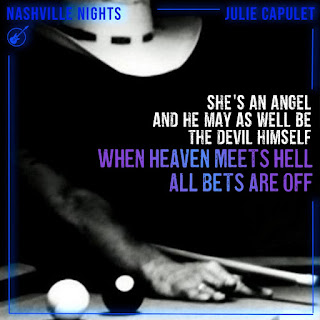 MY IMPRESSIONS OF THIS BOOK:
When it comes to rockstar romances I can never get enough and I celebrate each new release within the genre!  This latest release from Ms. Capulet is yet another satisfying addition to my list that nicely balances the over-the-top rockstar life with an emotionally intense romance going on behind the rockstar facade.  In a tale of opposites attracting I found myself charmed by the lengths the hero goes to to win his small town girl while feeling sympathetic for all the pain he carries that has led to his self-destructive lifestyle. Theirs is a journey that pulled at my heartstrings that had me rooting them on every step of the way.
Vaughn Tucker is at the top of the rockstar world as drummer for a successful band, with millions of women throwing themselves at him for one night of fun as that's all he's willing to offer them.  He's a sexy man, outgoing, and charming which makes your heart flutter for him from the very start.  Behind the rockstar facade though is a man weighed down by painful emotions, feelings that he's constantly trying to numb with drugs and alcohol.  His talent is partly fueled by this deep understanding of others, his fears over becoming like his father, and his guilt over the loss of his parents, so it will be a difficult journey to get clean.  The moment he sees an angelic young woman named Gigi is the moment everything changes for him in an unconventional journey to healing.  It's a journey full of sweet moments, poetic words, and subtle and blatant flirtations that endeared him to me.  He's a confident man too and that's definitely on display throughout his wooing of Gigi.  Along the way, as he grows closer to her, he also addresses the pain that's been dragging him down in a sometimes frustrating journey to HEA that I so wanted to be more strongly depicted as it's a big issue in this country right now.
Gigi Hayes is the proverbial good girl next door, a kindhearted young woman with a strong Catholic upbringing that has her wanting to save herself for just the right man. She has a strong work ethic too when it comes to education and can't wait to become a social worker in order to help others.  She likes living in a small town and finds the glitz and glamour of the big city unappealing.  She's a bit naive when readers first meet her, a bit too nice, which made her a bit of a pushover.  She knows what she wants out of life and a womanizing rockstar isn't what she pictures.  The moment she meets Vaughn though she's clearly tempted.  He's everything she's stayed away from, but there's something about him that calls to her.  She senses the pain he carries and wants to help him heal, but she doesn't expect her heart to become so involved.  Through sweet and sexy interactions they grow closer together, both becoming empowered through the support they give each other, in a journey that had me cheering them on through every emotional high and low.  Gigi started out a bit of a doormat, almost too good to be true, but as the story progressed she grew a backbone and started pushing Vaughn to be the man she knew he could be.  Through it all though I liked Gigi, with her big heart and caring nature.  She looked beyond the playboy facade to see the caring and vulnerable man beneath to give readers an epic romance full of sweetness, steaminess, and an utterly satisfying conclusion.
Vaughn is a delicious hero who's let the past control his future, flitting from one woman to the next, while loading up on drugs and alcohol.  He's clearly lost at the start of the story and I desperately worried about what would happen to him...luckily Gigi happens to him!  The two seem like opposites in many ways but together they're oh so perfect. She brings out his goodness, while he fuels her empowerment, in an unconventional journey of healing.  Their romance was full of sweet interactions (Pretty Woman inspired), heartfelt moments of talking, and scorching encounters that set my reader on fire.  Despite a flawless romance that completely charmed me, I had issues with Vaughn's battle with addiction.  The emotions and pain it caused were spot-on, but his rehabilitation was unrealistic and took me out of the story from time to time.  The characters themselves though kept me glued to the pages and I'm looking forward to seeing where Ms. Capulet takes readers next!
My rating for this is an B+
*I got this book from the author for review in exchange for my honest opinion. 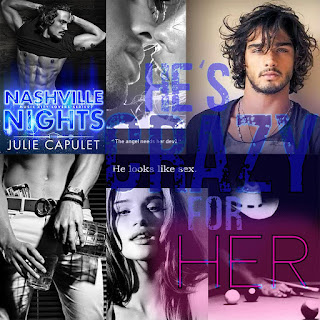