Book Tour for The Screw Ball by Samantha Lind (REVIEW)......

An athlete finally at the top of his game finds his personal life on rocky ground just as he discovers the one woman he wants as his own in this sweet and sexy baseball-themed romance.  Keep reading to get a tempting taste of The Screw Ball by Samantha Lind, along with getting my impressions of this third installment in the Indianapolis Lightning series, which will have you wanting to add it to your bookshelf. 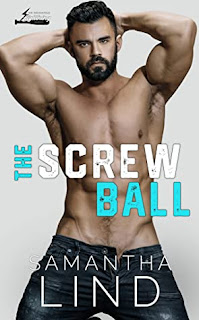 Lucas
My dreams of making it to the big league had finally come true,
But one wild night in a strip club which was clearly a mistake Landed me squarely on the team’s bad boy list.
The PR manager is supposed to smooth it all over, Too bad all I wanted was to get in trouble with her.
I wasn’t really the playboy they thought I was, I just needed to find the right woman to set me straight.
Now I just have to prove I’m not what she thought.
Carmen
I have the career I’ve always dreamed of,
Even if I have to deal with players who can’t seem to keep out of the news.
What’s more infuriating is the one player I want to hate the most I can’t stop thinking about. The one whose voice makes me want to drop my panties at his feet.
I know all about his playboy ways,
But I also know the press can spin things to fit their narrative.
Is he really as innocent as he claims to be? Or will he throw a screw ball I never saw coming? 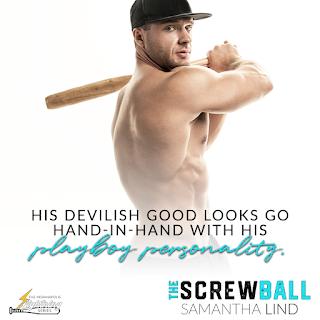 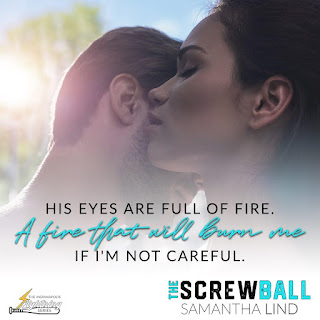 MY IMPRESSIONS OF THIS BOOK:
Fans of sports-fueled romances will find much to like about this third installment in the Indianapolis Lightning series.  From its witty banter, to the crackling connection between the two lead characters, this is a book that put a smile on my face and a blush to my cheeks as two very different people start a secret relationship that soon turns from casual to something more.
As the newest addition to the Indianapolis Lightning baseball team, Lucas Black has made a big impression on his teammates and coaches...but after a recent night at a strip club, he'll need help cleaning up the media's views of his playboy ways too.  That help comes from the sexy and sassy Carmen, head of PR for the team, and the one woman to capture his attention.  When readers first meet Lucas they see the proverbial star athlete with an enlarged ego to go with his talent.  He loves the adoration of the female fans and embraces all the fun and perks that come with that.  While I wasn't drawn to Lucas early on, being around Carmen brings out a different side to him, a side that charmed me and made him much more likable.  His interactions with Carmen went from fun and flirty, to steamy, to showing surprising depth through heartfelt talks.  Being around Carmen matured him and showed him what's most important in his life, it made him a better man all around.
Carmen's a strong-willed heroine from the start, one who's focused on career with a great set of friends and family.  Life's going good for her...if only the new baseball rookie would stop making a spectacle of himself.  When it comes to Lucas she just wants to do her job and move on, but the combustible connection between them clearly becomes too hot to ignore.  Mixing business with pleasure may be frowned upon but it's not long before these two are setting my tablet on fire in a forbidden relationship full of sweet and sexy interactions.  Carmen was an appealing heroine from the start and having Lucas beside her rooting her on only made her stronger.  Being together actually made both of them stronger, made them a formidable pairing that I loved seeing evolve.
Fans of sports-fueled romances will find this a familiar storyline, one that's virtually angst-free.  Familiar doesn't make it any less enjoyable though courtesy of a likable main couple and a connection that sizzled.  It was a sweet and sexy story with a good flow and a cast of secondary characters who rounded out the story nicely.  Though this is part of a series it stands strongly on its own in a journey teeming with flirtations and the power of love.
My rating for this is a B+
*I got this book from the author for review in exchange for my honest opinion. 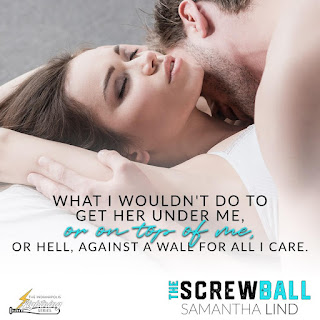