A divorced older woman finds herself drawn to the sexy single dad looking for a love of his own in this reverse age gap romance.  Keep reading to get a tempting glimpse of Saving Ren by Lesley Jones, then start counting down the days until this unforgettable contemporary romance hits bookshelves on April 23rd! 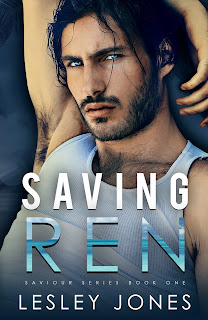 LAUREN
I met him on the most devastating night of my life.
After twenty-four years, I discovered there's more than one way to break your marriage vows. The life I thought would always be mine was over, and and I’m now about to face it as a single woman in her forties.
I need a job, somewhere to live, and time to get to know this new version of me.
What I don't need is to be saved by Gabe, the gorgeous, thirty-five-year-old, blue-eyed God I met on a drunken girls' night out.
Do I?
GABE
The night I met her, something shifted inside me.
Burned and scarred in the past by a short-lived marriage, I like my relationships with women drama free and strictly confined to the bedroom. My focus and priority are on being a single parent to my daughter.
But I’m weary of the one and done life. I want something more, something real, with someone who sees past the way I look, beyond my reputation and doesn’t care about the worth of my family’s business.
What I don’t need is to be fighting to prove to Lauren it’s not me, her ex, or her past she needs saving from…it’s herself.
But I just can’t stay away.
Note: this book is a rewritten and expanded version of the previously published title, Saviour, book one.
FIND AT GOODREADS here. 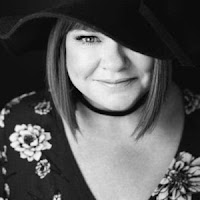 AUTHOR INFO:
Lesley was born and raised in a small working-class town in Essex, just outside of East London. She’s married with three sons and in 2006 they all moved to the other side of the world, settling on the beautiful Mornington Peninsula, about fifty kilometres outside of Melbourne, Australia.
Lesley is currently ‘a stay at home mum’, but in the past, she has worked at ‘good old Mark & Spencer’ for thirteen years and as a teacher’s assistant.As well as writing, Lesley loves to read and has been known to get through four or five books a week, when she’s not writing that is.
Her other interests are watching her boys play football… the round ball version. She’s happy to admit to being an addict of social media and owes a lot to her Facebook and Twitter family in promoting her book. Lesley is also rather partial to a glass or bottle of wine, a nicely chilled Marlborough Sav Blanc being her favourite.
Being a born and raised Essex girl, she will happily admit being a big fan of spray tans, manis, pedis, and is regularly, waxed, tinted and sculpted, although she doesn’t own a pair of white stilettos.
FACEBOOK READER GROUP  |  FACEBOOK PAGE  |  WEBSITE  |  NEWSLETTER  |  AMAZON AUTHOR PAGE  |  GOODREADS AUTHOR PAGE  |  BOOKBUB  |  TWITTER  |  INSTAGRAM
at April 09, 2021