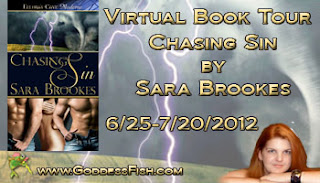 TSP:  How did you get where you are today with your writing career, and would you have done anything differently?

SB:  I like to think I arrived here with a lot of hard work! Believe it or not, the hard work that goes into writing a book is something that I love. It’s what really keeps me going and because of that, I wouldn’t do a single thing differently.

TSP:  What is a typical writing day like for you, and what does your writing space look like?

SB:  There isn’t anything typical about my writing days, simply because it’s rare for me to have a full day where I get to write. I really cherish those days that I do. And those days are spent at a desk tucked into the corner of the landing on the second floor of my house. It’s not quiet, but I’m not someone who needs quiet to write.

TSP:  Your books cover many different genres, is there a genre you haven't worked with yet that you'd like to try your hand at?

SB:  I know I’ve said this before, but that’s only because it’s true, but I would love to dig my hands into cyberpunk. The genre fascinates me and I love to read it—so it’s something I would love to add my own spin to.

TSP:  How would you describe Chasing Sin and in the movie/tv world who would you cast in the main roles?

SB:  An adrenaline-filled ride where life and love are on the line at every turn. When I was writing Chasing Sin, I kept thinking of Malin Akerman as Kate. I loved her in Watchman. For Snyder it was Timothy Olyphant (especially when he starred in Hitman with the shaved head!) and for Tripp it was Ben Foster (who I saw for the very first time in the 3rd X-Men movie). Hrm…all my examples are from comic book/graphic novel/video game movies. Do you sense a trend?  I wasn’t kidding about the cyberpunk!*g*

TSP:  What are the pitfalls and payoffs to writing a menage story?  Why do you think they appeal to readers?

SB:  In a menage, choreography of body parts during a sex scene is always something that you have to pay careful attention to when writing. So that’s definitely something that can slow things down during the…action. LOL The payoff when you get it right, however, is usually one scorching hot sex scene. I also think the trick is to make sure none of the characters are left out—unless of course they’re watching from the sidelines. I can’t answer for all readers, only myself, but how could you turn down an extra set of hands, fingers and well…I know you’ve for a good enough imagination to figure out the rest of that sentence.

TSP:  What do you have coming up next with your writing?  Any top secret info you care to share?

TSP:  How has the digital revolution affected your career and how you market yourself?  Do you have an eReader yourself?

SB:  Ebooks are the reason I have a career right now as it’s the route I chose to take to start publishing. I think marketing is the hardest part of epublishing simply because of the sheer number of books out on the market right now. But it’s a wonderful time to be a reader because of all of the fabulous books! I’m one of those readers (as I think most author are, or at least should be) and you’d be hard pressed to find me without my eReader.

SB:  Pen and paper would be at the top of my list of favorite things I can’t live without since I still write a huge chuck of my work by hand. I still get people asking if I’m crazy for writing that way, but people wrote for a really long time without computers and did just fine. LOL. 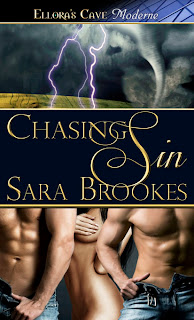 Every spring, Kate risks her life chasing violent storms. Tired of watching her take unnecessary chances, two of her closest friends offer a different thrill. Devoted lovers Snyder and Tripp don’t just share a passion for nature’s fury; they long to have the fearless woman between them.

Despite her best efforts to keep the men at arm’s length, Kate finds herself facing down the storm of the century with them at her side. With Mother Nature intruding, the trio discovers shelter in each other’s arms. With the hurricane raging outside and passion raging inside, everything is at stake.

A small group of men played near the waterline, flinging a Frisbee back and forth. Their laughter drifted on the breeze and she knelt in order to snap a few images. She watched them play their game, and got so caught up, she jumped in surprise when two long shadows stretched out on the sand on either side of her.

At least out here the atmosphere wasn’t as suffocating when they came near.

She stared out at the shoreline, waiting for one of the men to speak because she didn’t know what to say.

“You know we don’t care why you left.”

Kate lowered the camera as Tripp spoke, thumbing the power switch to conserve the battery.

Snyder crouched beside her, his fingers dragging through the sun-warmed sand. “Whatever happened that made you feel as if you needed to take off can be fixed. Especially if we had something to do with it.”

Tripp crouched as well, his knees just inches from her arm. “Let us fix it if that’s the case, but please just tell us what we did.”

The desperate pleas in both their voices made her heart clench. She longed to tell them and wanted to share with them her thoughts and feeling on the subject as a whole. It shouldn’t be this hard, but the reality of the future she now faced shook her to her core.

She pushed to stand, waiting as she felt them stand as well. If she didn’t get some of this out now, it would fester like an open wound, and that couldn’t be good for any of them.

“It wasn’t you. Either of you.” She stared out at the Gulf, unable to stomach turning around to face them as she confessed. At least partially. The reason she left was easy. The reason she kept running was more complicated. “At least nothing intentional. You were yourselves and that’s all I ever could have asked for.” 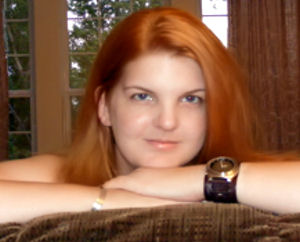 Sara Brookes is an award-winning author who has always been fascinated by the strange, the unusual, the twisted and the lost (tortured heroes are her personal favorite). She is an action movie junkie, addicted to coffee and has been known to stay up until the wee hours of the morning playing RPG video games. Despite all this, she is a romantic at heart and is always a sucker for an excellent love story. Born and bred in Virginia, Sara still lives there with her husband and daughter. The entire family is owned by two cats, Galahad and Loki, who graciously allow the family to cater to their every desire.

Sara is awarding a $50 Amazon GC to one randomly drawn commenter during the tour.

-Giveaway is OPEN TO EVERYONE!
-To be entered, MUST leave a comment, ALONG WITH YOUR EMAIL ADDY.
-One commenter will be chosen randomly from all comments made throughout the tour, so the more tour stops you make a comment on the greater your chances of winning.  A list of all participating blogs can be found here.
-Giveaway ends at 11:59 PM CST on 7/20.
at July 12, 2012