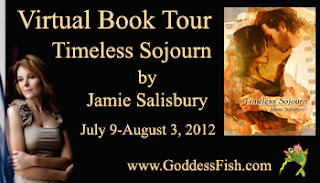 The intricacies of an older woman/younger man relationship increasingly intrigues me as I get older, as I become that older woman.  Jamie Salisbury is here today talking about that special kind of relationship as well as giving a glimpse into her new book, Timeless Sojourn.  So keep reading to discover more about this book as well as entering a giveaway to win an Amazon GC.  So take it away Jamie.....


What makes a younger man/older woman couple so appealing?

We live in a society that tries to make us conform to the accepted norms of behavior and conduct.  The same is expected in our relationships, thus making so called forbidden fruit all that more tempting. Relationships that were once considered unacceptable are now, over time becoming more accepted.

Falling in love doesn’t always happen the way one intends. In a woman’s case sometimes Mr. Right can show up later in life and be several years younger.

What draws an older woman to a younger man?

It can be the fact that a younger man is more adventurous. Unlike their older counterparts, they have more stamina physically. And they are less stuffy and predictable. Next I’d have to list that a younger man is far more adaptable because they are not as rooted as an older male. Thus the woman has to make fewer changes to her own lifestyle.

Lastly, a younger man will make an older woman feel desired. She feels energized by the excitement with which he throws himself into. She feels needed and wanted—younger men tend to be more transparent about their feelings than older ones—reassuring her that she’s still attractive.

And a man? What draws a younger man to an older woman?

Older women tend to be more confident, which is a huge draw to younger men. They are comfortable in their own skin where their younger counterparts are still spreading their wings and figuring themselves out. They don’t have to have their ego stroked and be reassured.

Next an older woman is more independent. Whether or not she’s financially independent, a woman of these years is not out to prove a point and don’t need to climb the corporate ladder. If nothing else, they’re out making their own ladder. She doesn’t have to lean on a man for financial support. She has more life experiences, is more grounded and realistic.

And they are understanding and far more mature. They are more balanced emotionally, thus done with the game playing of their younger counterparts. They allow the man to have his own space. Their expectations of a relationship is less complicated and more focused on the emotions and comfort of the couple being together.

These are interesting times we live in. Not the times your mother or grandmother grew up in, and for that I am thankful. 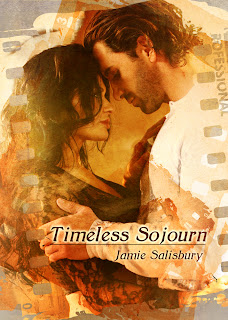 Recently divorced at a time when most women are enjoying their children being grown, Anne Harrison finds her life in chaos. At the urging of her forever-friend Kat, Anne moves back to Seattle, her childhood home, to get back her former confidence and make a fresh start.

Confident, creative, and a successful businessman, Geoffrey Quinn has depths not immediately apparent to those who come into contact with that cocky, devilishly handsome exterior.

The last thing either is looking for is a relationship. Anne finds Geoff highly irritating (and young!) at best, while Geoffrey finds her magnetic and wise. To his amusement, she futilely attempts to dismiss him each time they cross paths, and sparks fly.

Watch as this seemingly unsuitable, disparate duo lights a fiery, compelling attraction neither sees coming. But who will get burned?

Kat and I are just finishing up the dinner dishes and getting ready to sit and solve the problems of the world when the phone rings. Kat answers. “Of course, she’s right here. We just finished cleaning the kitchen.”

Geoffrey she mouths to me, handing me the phone.

“Great, thanks. I was wondering if you’d like to come over for dinner Friday night. I grill a mean steak.”

“That sounds great, Geoffrey. Can I bring anything, oh, and what time?” I smile at the thought of that killer body slaving over a grill.

“How about if I pick you up at seven, and bring something for dessert, if you don’t mind.”

I hang up the phone and Kat is standing there with a huge grin on her face.

“You’re going to have dinner at Geoffrey Quinn’s?” she cackles. “You do know he’s falling hook, line and sinker, don’t you? He never invites women to his place.”

“Enough already, Kat! Geoff is young enough to be my son. We simply enjoy each other’s company.” I replied, hoping to shut her up.

“Oh no, Anne, he’s taken with you and you are quite smitten with him, although you’d be the last to admit it. Don’t play the age game crap with me because I know better.” She’s still smiling like a match maker as I turn away, my face warm from blushing. 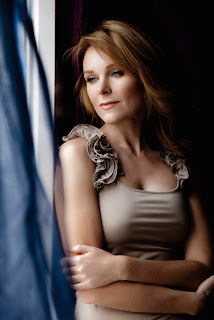 Jamie Salisbury cannot imagine a time when she did not write. A skill that has served her well throughout her professional career. Public relations in and around the entertainment industry, photography, editing, and special event planning all elevated her passion for writing.

An avid reader of histories, biographies, and romance, it's only natural that part of the products of her pen are historical romances featuring characters so authentic they spring forth from the page and shake the reader's hand. Many of her teen years were spent in Chile, but she and her family were forced out of the country when the political climate demanded it.

Taking the plunge to take her writing professional came as a result of a series of foot surgeries that left her with a lot of time on her hands. Unable to walk great distances at the time, she started writing as a way to pass the time. Her experiences of how dramatically her life had changed at first. Then the new world of e-publishing inspired her to digitally publish her first novel, Perpetual Love, rather than relegate it to the dreaded drawer. She couldn't be happier with her decision to grab the publishing industry by the shoulders and force it to pay attention to all she has to offer.

Two more novels have followed: Blood Lust and Tudor Rose, with more to follow soon.
Jamie now lives outside of Atlanta, but the love for travel has never abandoned her. Adventure, exploration, and intrigue permeate her prose to the core.

In those few moments of the day when she's not writing or thinking about writing, she finds knitting a way to relax and unwind. Other interests include photography, equestrianism, reading, and of course traveling.

Jamie hopes her writing will entertain, enlighten, and inspire others to pick up the pen and pursue their own dreams. She loves to be contacted by readers, writers, and history buffs.

Jamie will be giving away a $25 Amazon GC to one randomly drawn commenter during the tour.

-Giveaway is OPEN TO EVERYONE!
-To be entered, MUST leave a comment telling me what you like about an older woman/younger man relationship, ALONG WITH YOUR EMAIL ADDY.
-One commenter will be chosen randomly from all comments made throughout the tour, so the more tour stops you make a comment on the greater your chances of winning.  A list of all participating blogs can be found here.
-Giveaway ends at 11:59 PM CST on 8/3.
at July 30, 2012